I just realized it's been quite a while since I posted any photos of the boat. I've made quite a bit of progress since the last update. 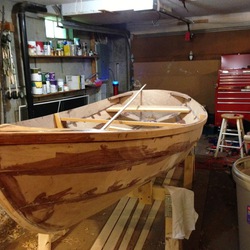 First up, the sail is finished: 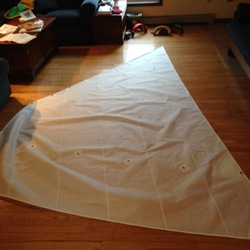 With the garboard planks on: 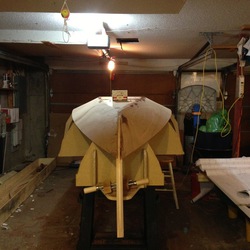 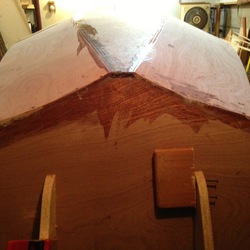 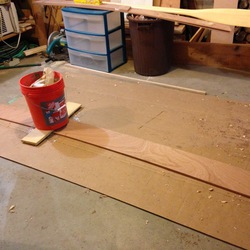 With all the planks on: 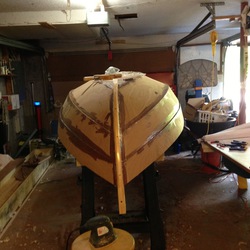 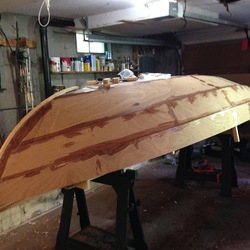 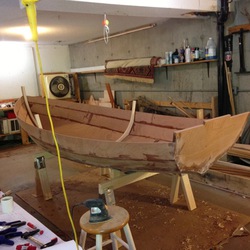 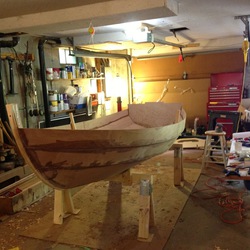 And the hull is born!

Starting in on the detail work: 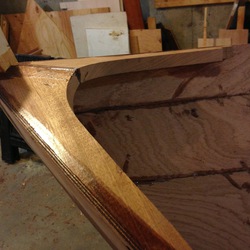 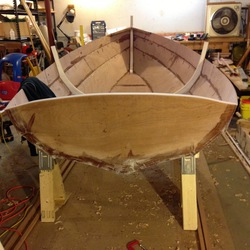 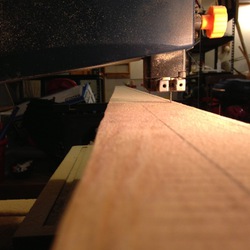 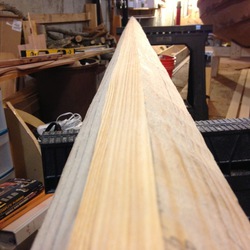 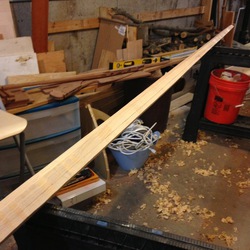 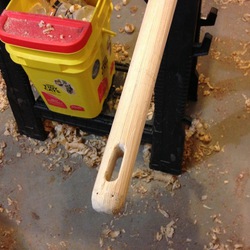 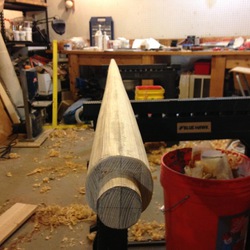 A note for future builders of the Shellback kit: the scarfing instructions that come with it are incorrect. They give a measurement from a baseline to the curve of the plank at the scarf; if you match that measurement then the pre cut scarf doesn't join correctly and the curve of the plank edge isn't fair. What I did was take the giant piece of cardboard that the panels shipped in and transferred the plank lines from the plans onto it, as though it were a piece of plywood I was going to cut, then laid the plank over what I'd drawn to get the best match. As it turned out, ignoring the measurements in the scarfing instructions and going for the most fair line best matched the panel shape in the plans. And they fit on pretty well too. 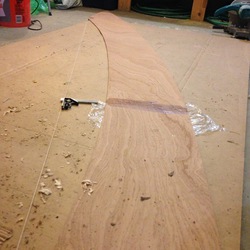 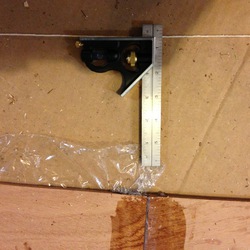 Another note is to make sure that you keep the screws holding the bottom to the transom far enough inboard to account for the necessary bevel. I spent several hours reconditioning my plane after this. 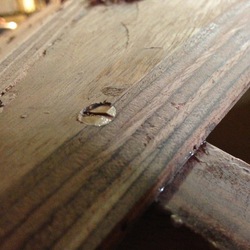